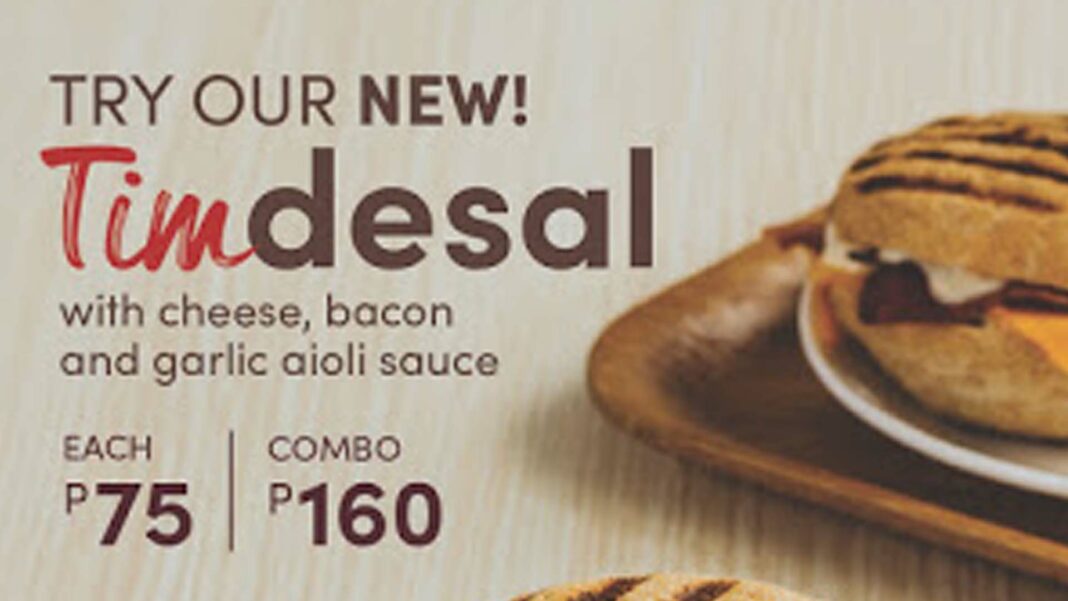 The Philippines’ favorite breakfast staple, the sweet, soft and fluffy pandesal, makes its way to Tim Hortons as it celebrates the country’s Independence Day last June 12.

Calling it TIMDESAL, the limited edition breakfast sandwich will be available in all Tim Hortons branches from June 11 until end of July 2019.

Guests will surely enjoy the Smokey Bacon with cheese and garlic aioli served with chipotle sauce in panini-pressed pandesal.

“As our way of recognizing the significance of Independence Day, we at Tim Hortons wish to offer this breakfast favorite, reminiscent of its Filipino homey taste,” said Stephanie Guerrero marketing director for Tim Hortons Philippines.

The warm Timdesal, with an SRP of P75, is best paired with the signature Tim Hortons Iced Coffee.

Trivia (Did You Know?)

The Declaration of Philippine Independence from Spanish rule was declared by General Emilio Aguinaldo on June 12, 1898 at Kawit, Cavite.

Pandesal, or “bread of salt,” which was introduced in the 16th century, is relatively sweet, and is unofficially the Philippine national bread.