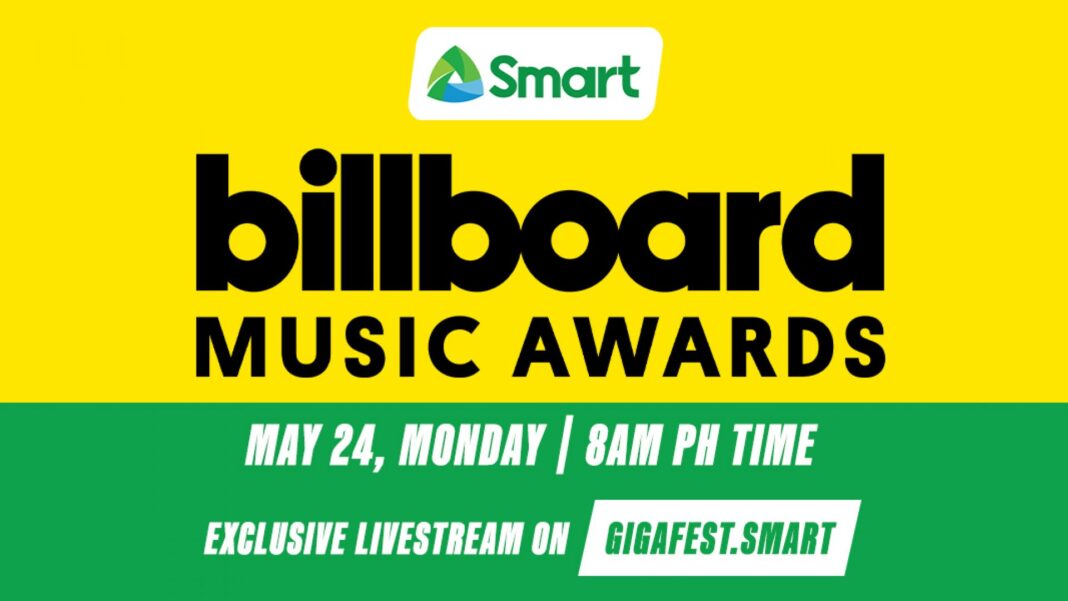 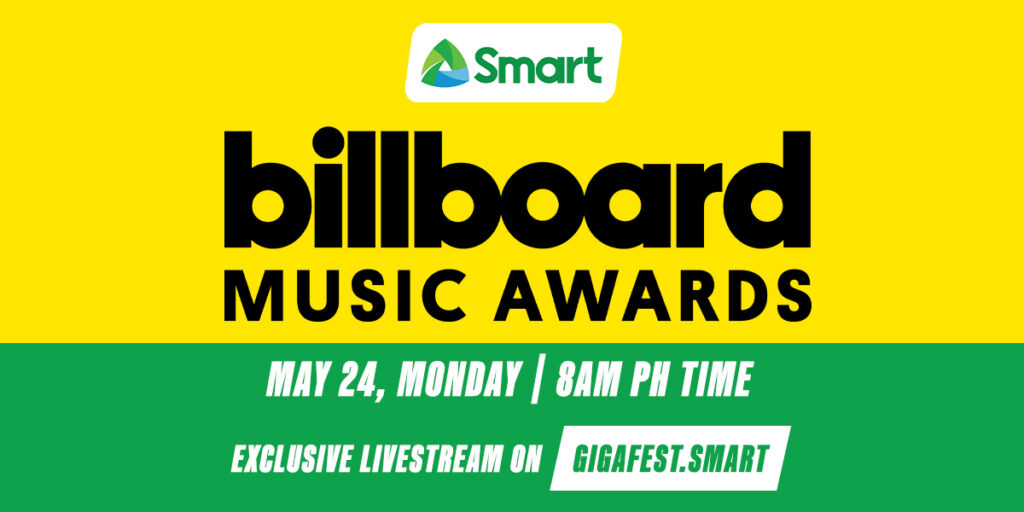 Leading mobile services provider Smart Communications, Inc. is giving Filipino music fans and K-pop stans a big treat as it brings the 2021 Billboard Music Awards (BBMAs) to subscribers in an exclusive livestream on the gigafest.smart portal on May 24, 8AM (Philippine Time).

Headlining the prestigious awards show at the Microsoft Theater in Los Angeles are global sensation and Smart Prepaid ambassadors BTS, who are set to perform the television debut of their brand-new English-language single “Butter.”

Joining BTS in taking the stage are The Weeknd, DJ Khaled, H.E.R., Migos, twenty one pilots, and Duran Duran. International megastar Drake will be receiving the Artist of the Decade Award, while legendary artist P!NK will be performing and receiving the distinguished ICON Award.

Stream the BBMAs live via gigafest.smart

No matter where you are, you can catch the 2021 BBMAs live and on demand on your Smart-powered device. If you are a Smart Prepaid subscriber, simply turn on your mobile data and visit gigafest.smart on your browser to watch the show.

For the best streaming experience, you can register to Double GIGA Video 99, which gives you 2 GB data every day for YouTube, Cignal, iWant, and NBA League Pass plus 2 GB of open access data, valid for 7 days. To register, just choose Double GIGA Video on the GigaLife App, or dial *123# on your smartphone.

Music fans and K-pop stans can get the best streaming experience with Smart, the country’s fastest mobile data network as reported by third-party mobile internet analytics firms such as Ookla® and Opensignal.

On the other hand, Smart has scored a rare sweep in the April 2021 Philippines Mobile Network Experience Awards* by independent analytics firm Opensignal, beating the competition across all metrics in three essential aspects of service: Coverage (4G Coverage Experience, 4G Availability), Speed (Download and Upload Speed) and Experience (Games, Video and Voice App). This is the first time an operator in the Philippines won decisively in all categories.

Smart also enables subscribers to enjoy their favorite content seamlessly with Smart 5G, the fastest 5G network in the Philippines by Ookla. Based on consumer-initiated tests taken using Speedtest® by Ookla, Smart has consistently posted the fastest 5G speeds for Q1 2021, with median download speeds of 190 Mbps – more than double the competition’s speeds for the same period.