We Bare Bears spread PAWsitivity at the “We’ll Be There” Philippines tour Bear hugs and donations overflow as the bear bros sweep through the country. 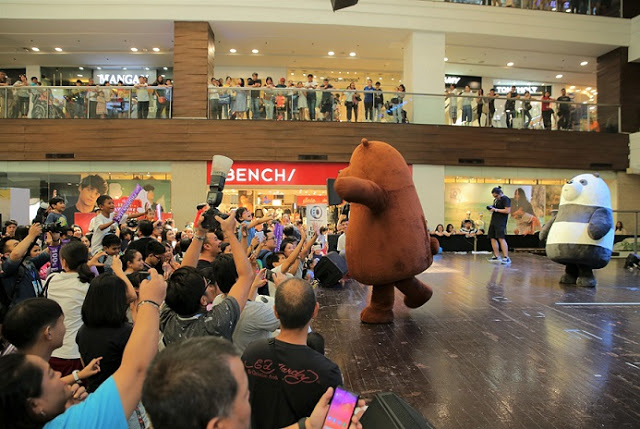 On the second leg of their Asian tour, thousands of fans lined up to bond and take BEARfies with the most internet famous bear bros of this generation! Grizz, Panda, and Ice Bear, have definitely accomplished their mission in spreading PAWsitivity in the Philippines during the We Bare Bears’ “We’ll Be There” Healing Hearts tour that culminated last June 16 at the Glorietta Activity Center.

For the past few months, the bears have been meeting all their fans around Metro Manila and inviting everybody to share the love and donate to the kids of their partner beneficiaries. In partnership with Ayala Malls, the kids from White Cross Inc., Young Focus, Cribs Foundation, SOS Children’s Village, Tahanang Paghubog ni Mother Bonifacia, Virlanie Foundation, St. Francis Learning Center Foundation Inc. and ECPAT Home will be gifted thousands of donated school supplies and toys, all thanks to everybody who dropped by the participating Ayala Malls. 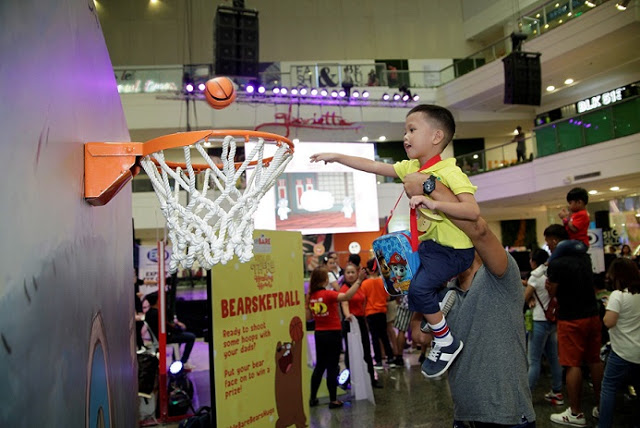 As a way of expressing their gratitude to those who helped them heal hearts, bring smiles and spread PAWsitivity, Grizz, Pan-Pan, and Ice Bear surprised their Filipino fans with a Meet-and-Greet alongside awesome activities and a ton of prizes during the culminating event. Kids and kids-at-heart basked in the fun with their families by joining onstage games and received a lot freebies from the sponsors. Others got really competitive when it came to taking the best BEARfies at the Pan-Pan-approved trick-eye murals and when it came to winning themselves lots of PAWesome prizes from all the games that were played.

In time for Father’s day, kids were able to have fun and bond with their dads too! Whether it was simply coloring, kids drawing up Father’s day cards for their dads or playing BEARsketball, it was a heartwarming sight to see even parents having fun at the event. With a lot of PAWsome prizes on the line, the parents’ competitive sides could definitely be seen too!

“Filipinos really love anything and everything We Bare Bears and it is such a great experience to have the bear bros on their very first Asian tour here in the country. What made the tour even more memorable is how everyone gave their biggest bear hugs and smiles to spread positivity and heal hearts, as well as donated toys and school supplies to less privileged kids. On behalf of the bear squad, here’s a great big bear hug to the Filipino fans for not just supporting the show, but also all of the activities of our adorable bear bros,” exclaimed Jia Salindong-Du, Turner Philippines Country Manager.

The We Bare Bears “We’ll Be There” Healing Hearts tour is part of the squad’s first-ever Asian tour. In the Philippines, Grizz, Pan-Pan, and Ice Bear visited iconic places, snapped some bearfies, and shared plenty of bear hugs with thousands of fans. Stay tuned for more news and updates on the bear bros by following Cartoon Network Asia on Facebook and tuning in to Cartoon Network on Cignal Digital TV Channel 220 (HD), Sky Direct Channel 15 (HD), SkyCable Channel 178 (HD), and Destiny Cable Channel 178 (HD Digital).