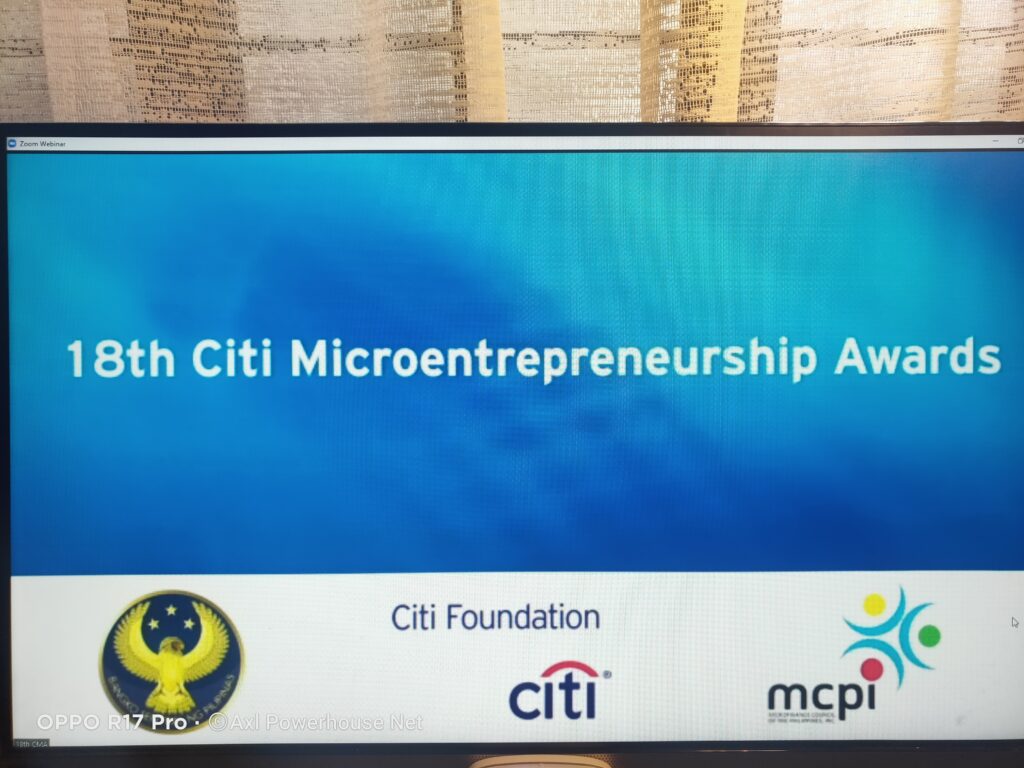 This year’s CMA National Winner was awarded to Luzviminda Sunit from the Visayas region for her dried fish business. Luzviminda and her husband initially started selling dried fish with an income of P150. Today, all of her children have graduated from school and the business has expanded with stalls in the markets of Bogo City and Medellin in Cebu. They also deliver to the province of Leyte and with the growth of their business, now own six pump boats and two trucks.

Even with the pandemic hitting businesses hard, Luzviminda believes in the value of “tulungan sa puhunan” or “helping those in need” and helped her relatives and employees. She gave them a small capital as a source of income, just like how she was helped by the First Agro-Industrial (FAIR) Bank when she first started the business.

Also honored during the event were Regional Awardee for Luzon Renalyn Brondial from Bataan, who won for her business called Willy’s Cashew Nuts; Regional Awardee for Visayas Medelina Cansancio from Negros Occidental for her fried smoke and fish production; Regional Awardees for Mindanao Luz Bangos, owner of CCLM Hardware in Iligan City and Rosalyn Espenorio for her fish and vegetables talipapa.

Joymar Olarte from Pangasinan received the Youth Microentrepreneur of the Year Award for his fried chicken business called J&J Tasty Fried Chicken. Four microfinance clientswere awarded the COVID Response Champion. They are: Florence Ao-wat for her weaving business called KINWA Etnika Handicrafts, Josephine de Lara for her cakes and pastries business called Lucille’s Cakes and Pastries, Ivy Millare for Beb’s-AJ Haus of Pies, and Dominador Vergara, Jr. for putting up the Maternal and Child Care Community Clinic, together with his wife who is a midwife by profession.

“We take this occasion to recognize our microentrepreneurs who, despite the odds, have shown great resourcefulness, courage, and resilience to flourish amid the COVID-19 pandemic. They bring a message of hope and perseverance in these challenging times,” said BSP Governor Benjamin Diokno in his message.

Citi Philippines CEO Aftab Ahmed praised this year’s awardees for their resilience in effectively handling the challenges associated with the pandemic, “We at Citi are delighted to have contributed to the growth of this program over the years. I believeCMA has achieved and surpassed the goals set 18 years ago. The program has helped mainstream microentrepreneurship, as well as increased awareness and acceptance of microfinance.”

“Citi Foundation continues with its mission to enable economic progress and improve the lives of people in low-income communities around the world. Citi also continues to invest in efforts that lead to greater financial inclusion and is constantly engaged in reimagining and redefining strategies to help build economically vibrant communities,” said Ahmed.

Established in 2002, the CMA has recognized more than 150 plus micro entrepreneurs who continue to strive and show determination in the businesses they established in their respective cities and provinces.

The awards program is a signature initiative of the Citi Foundation, and highlights the efforts of partners BSP, Citi Philippines, and the Microfinance Council of the Philippines, Inc. to strengthen microfinance and enterprise development, and financial inclusion in the country. 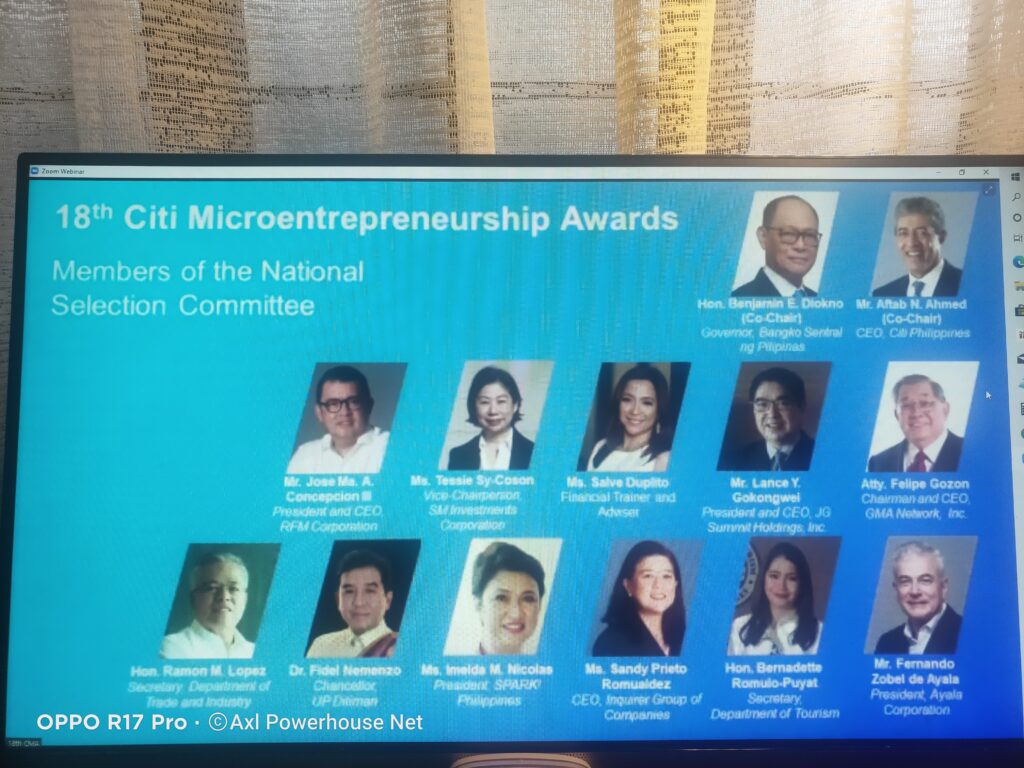