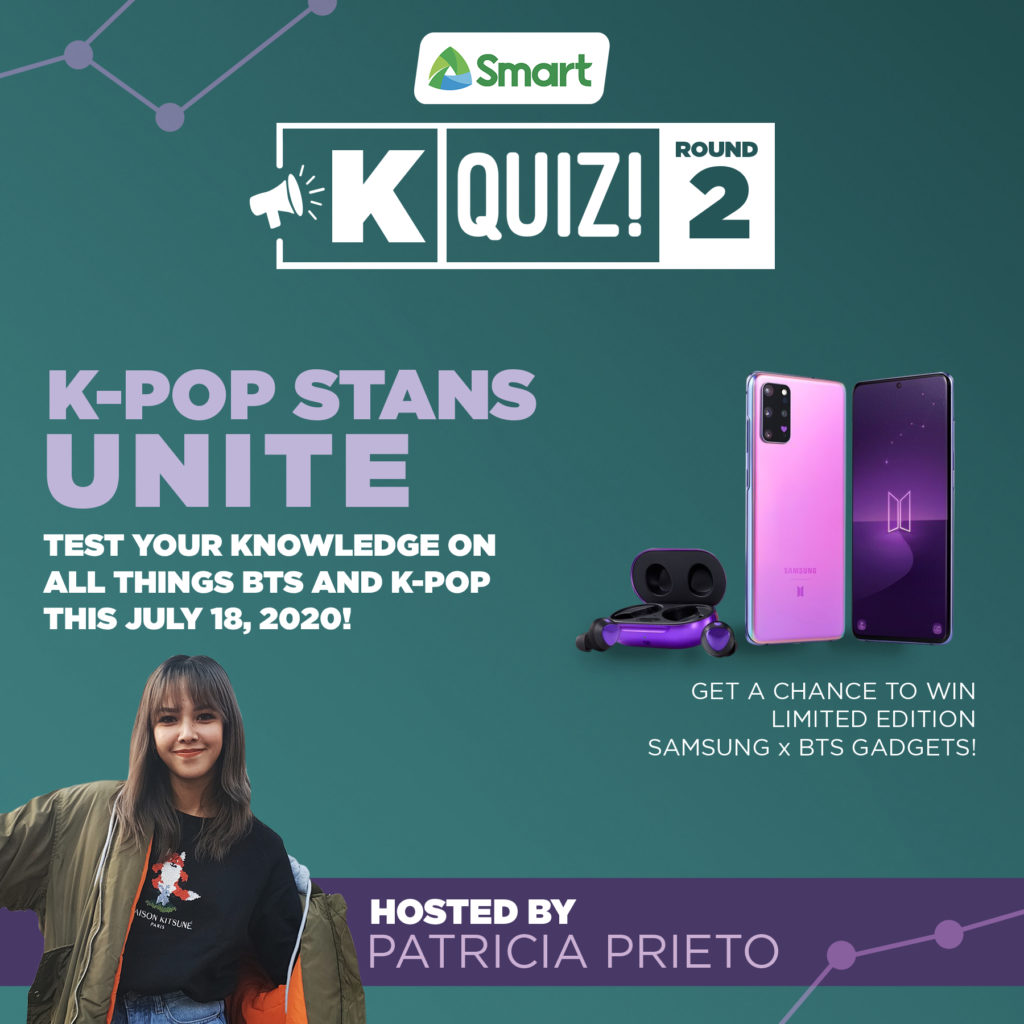 To join, simply tune into the live online show to be hosted by Patricia Prieto on Smart’s Facebook page.

Prove that you are the ultimate K-pop and K-drama fan as you sail through four rounds of questions – easy, medium, hard, and a special BTS round.

For more fun, make sure to tag along your friends, and prepare to battle it out by brushing up on your K-pop and K-drama knowledge!

Smart’s upcoming K-Quiz Night is just the second of a series of fun nights that aim to celebrate the passion of Filipino K-pop and K-drama fans and communities.

Smart launched the K-Quiz Night last June 27 by giving away P100,000 cash prize to the grand winner who outwitted hundreds of online participants.

Getting smitten by the K-Pop and K-drama bug is simpler and easier with Smart, which brings the latest K-pop and K-drama content at the fingertips of subscribers.

Ookla, the global leader in internet testing and analysis, cited Smart as The Philippines’ Speedtest Awards Winner for mobile network speed during Q1-Q4 2019. To win this award, Smart achieved a Speed Score™ of 17.40, with average speeds of 19.62 Mbps for download and 9.45 Mbps for upload.

On the other hand, Opensignal, an independent mobile analytics firm, reported in its April 2020 Mobile Network Experience Report* for the Philippines that Smart remained ahead of competition in terms of Video Experience, Upload and Download Speed Experience, Voice App Experience, Games Experience, and 4G Availability.